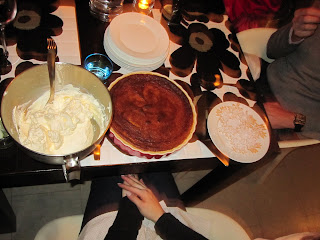 I've had pumpkin pie on three occassions. The first time was on a work trip to New York at a small winery on the northern tip of Long Island (wish I could remember the name!). The last two occassions have been when Lauren Whitehead's prepared her mother's recipe. For an Australian it's a weird concept, the thought of eating pumpkin as a sweet. But this is an unexpectedly subtle and light dessert. I'm hooked!


Combine pumpkin, egg yokes (beaten), milk and vanilla. Add the sugar mixed with the spices. Prepare your pastry (see pastry menu below), but leave uncooked in pie tray.Beat the egg whites until stiff peaks form. Fold egg whites into pumpkin mixture. Fill the pie – depending on the size of your pie tray, this recipe may be enough for 2 pies…Put immediately into a pre-heated oven (180C) for 45-50 minutes. The pie will rise quite dramatically when hot but will settle once it has been cooled. Let it rest for at least an hour before eating. Serve with freshly whipped cream.

Put the butter and flour into a bowl and use two forks to chop the butter into the flour so that it eventually looks like breadcrumbs. (or cheat and use a food processor!)
You have to work quickly so that the butter doesn’t lose its temperature too much.
Add 1/3 cup + 1 tblspn ice water (literally add ice to water and let it melt, so it’s very very cold).
Using a spatula pat down the mixture into your lightly greased pie dish so that it begins to stick together. If it doesn’t start to hold, add another 1-2 tblspns of ice water.

Few tips (as quoted from Lauren):
* If I have time, I cut the pastry in half and shape into discs and then wrap tightly in glad wrap and put into the fridge for 20-30 minutes, or up to 24hrs.
* If you don’t have time, you can simply start rolling it out, using extra sprinkles of flour so that it doesn’t stick to your surface. French rolling pins have the best control.
* Don’t overwork your pastry – the more you work it, the less flaky it will be.

Popular posts from this blog 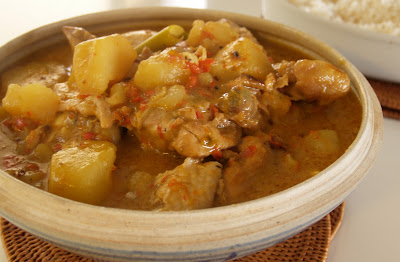 This is a variation on a recipe from the the beautiful Tugu Hotel at Canggu Beach in Bali http://www.tuguhotels.com/bali . Canggu is located approximately 15 minutes drive north of Seminyak and is relatively isolated compared to the busier Seminyak , Legian and Kuta districts, although new development sites with villas and hotels were springing up when we last visited the area in mid 2008. We spent a couple of very relaxing weeks at Tugu Hotel in 2007. The hotel houses a massive private collection of South East Asian antiques, with over 1,000 pieces on display throughout the hotel and grounds. Located on the hotel grounds is a traditional Balinese kitchen and dining area, the " Waroeng " http://www.tuguhotels.com/bali/dining%20waroeng%20tugu.htm . In here they hold cooking classes covering traditional Balinese and some east Javanese dishes. The meal we dined on the evening of our private class is still one of the best meals I've ever had in Bali. Below is a shot
Read more 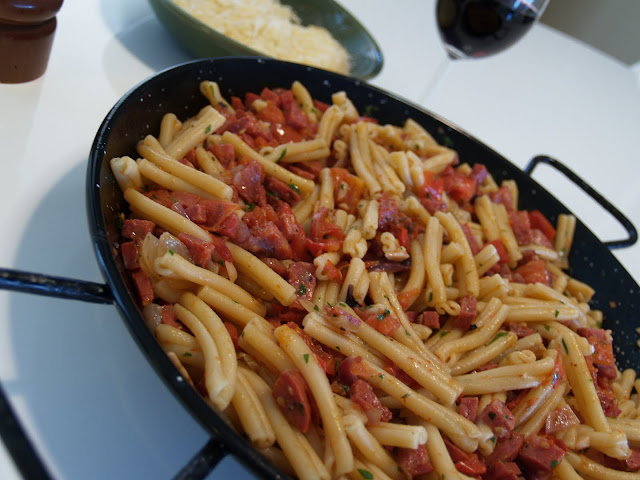 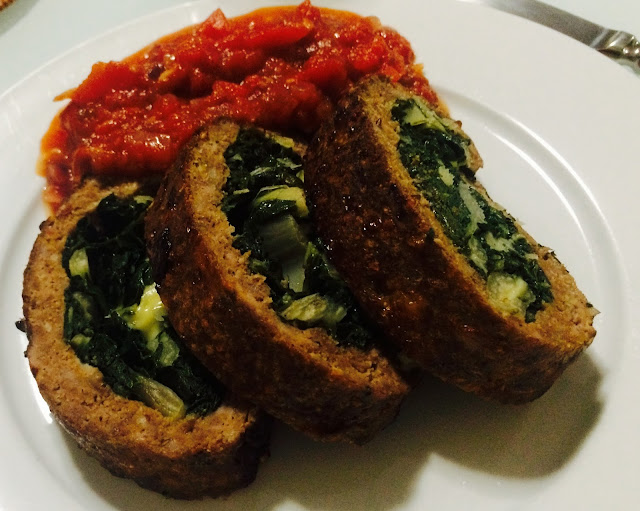